Five People Devoted to Helping Children to Thrive to Be Honored

The Child Abuse Council of Santa Clara County will hold the 33rd Annual Child Abuse Symposium addressing a variety of issues that affect the lives of children, including the health consequences of child abuse, human rights and juvenile justice, the trafficking of children, unaccompanied refugee minors, psychotropic medication, review of child death cases, and burnout.

Five individuals will be honored with Angel Awards for their devoted work to improve the lives of children in Santa Clara County, each for more than 20 years.

Born in Brooklyn, reared in Asia, Penny came to San Jose in 1965.  She graduated from San Jose State University in 1967 with a B.A. in Psychology. That summer she

began her career with the Juvenile Probation Department.  She worked in various assignments, finally becoming a court officer.  During this time she earned a M.A. in Correctional Counseling, but her developing interest in the law led to her Santa Clara University School of Law.  She earned her Juris Doctorate Degree in 1984, preparing her for her career in Santa Clara County District Attorney’s (DA) Office, where she became a Supervising Attorney. Penny’s career with the DA’s Office spanned 22 years.  Among her responsibilities was the prosecution of sexual assault cases. During her tenure, she also served in the Juvenile Dependency Unity.  Penny retired from the County in 2006.

Penny was one of the founding members when the Child Abuse Council was formed.  Passionate about the wellbeing of Children, Penny continues to serve on the Council, where she has served on both the Allocations Committee, which makes funding recommendations to the Santa Clara County Board of Supervisors for the allocation of the state monies received from AB1733 and Children's Trust Fund (AB 2994) and the Interagency Collaboration Committee, whose mission is improve cooperation and collaboration between agencies, both public and private, by removing barriers, improving communication or whatever else may appear necessary to ensure that children and their families receive services that fit their needs most appropriately.  Penny also is Chair of the County’s Juvenile Justice Commission.

Ken, former Deputy Director of the County of Santa Clara’s Department of Family and Children’s Services (DFCS) in the Social Services Agency, has been a member of the 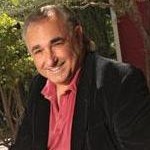 Santa Clara County Child Abuse Council since 1988.  He was originally appointed as a program coordinator to the Council before it became a County Commission.  He was a staff member in the County’s Social Services Agency overseeing the Council’s grants and contracts.

Borelli served as Chair of the Council’s Legislative and Policy Committee for several years.  When his term as voting member of the Council expired, he became a community member so he could continue working in this area for which he felt so passionate.  While with the DFCS, Ken played a key role in developing the Child Welfare Protocol Agreement between the County of Santa Clara and the Government of Mexico.  He also served as support staff to agencies receiving grants from the Children Trust Fund.

Ken also has worked on a variety of issues including cyberbullying, domestic violence and child abuse. He served on the Steering Committee for a National Greenbook Project. He co-authored federal legislation on Special Immigrant Juvenile Status and recently provided testimony on current immigration and child welfare legislation, including extending family reunification services when immigration issues impacted family reunification as a part of his consulting on Child Welfare and Immigration issues.

Nora has served on the Child Abuse Council for over 30 years. She sat on the Executive Committee as Treasurer and participated on the Allocations and Legislative and 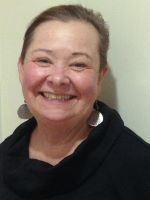 Policy committees. Nora is the founder of Child Advocates of Santa Clara and San Mateo counties and served as its Executive Director for 12 years.

She was President of the State CASA Association and was a Board member of California Children's Lobby and Children's Research Institute of California. She is a former Social Worker and Probation Officer and is currently employed as Manager of the Myra Reinhard Family Foundation.

Fran was an original member of the Santa Clara County Child Abuse Council when it was formed, representing Public Health Nursing.  She served as the Child Abuse 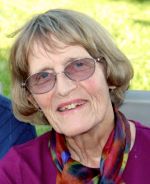 Prevention Coordinator for Public Health Nursing from 1985 until retirement in1997.

She helped to develop and coordinate the Multidisciplinary Child Abuse Team and the Child Death Review Team. Currently, Fran is an emeritus member of the Council. Since retiring she has served on the Council’s Interagency Collaboration Committee and has been instrumental in initiating and maintaining the website of the Council.

Ann was raised in St. Louis, Mo, and attended college at Smith College in Northampton Massachusetts. She moved to California in 1966 when she married her husband, Ron Whyte. After living in Los Angeles and Great

Lakes Illinois, they settled in Los Gatos 1971. She received her J.D. degree from Loyola Law School in 1969. Ann Whyte became interested in the subject of child abuse in the seventies, when her children were little and she could see the stress and isolation that many parents go through. So she volunteered to assist the Medical Auxiliary to start a Parental Stress Hotline for parents and worked with others to start the Parent Education Center to help teach parenting skills. Because of her involvement in these areas, she was invited to participate on a county task force set up to review the recommendations of a Grand Jury in 1980. That task force continued meeting even after the stated purpose was completed, and eventually became the Child Abuse Council.

Professionally, Ann was an attorney representing parents in Dependency Court, but left to work for Child Advocates, the local CASA program, where she had been a volunteer for five years. She continued to work there for 17 years, retiring in 2010. However, she still continues to work there as a volunteer one day a week.

Ann served actively on the Child Abuse Council, serving on the Membership, Executive, Nominating, Allocations and Student Educational Needs Committees. Ann is now an Emeritus member, but continues to participate actively on committees.

About the Child Abuse Council

The Child Abuse Council of Santa Clara County began as a committee, appointed in 1980 by the county's Board of Supervisors, to address a serious lack of coordination and cooperation among numerous public and private agencies which provided services to child abuse victims and their families.

The Council was reorganized into its present form in 1987. Its members represent many different public and private agencies, community volunteers, a wide range of professional disciplines, a diversity of cultural and ethnic backgrounds, and the various geographical areas of the county.

The mission of the Child Abuse Council of Santa Clara County is to protect children from abuse and neglect by their parents and caregivers, and from the systems designed to protect them. Council meetings are open to the public. People who are concerned about child abuse and committed to its prevention are invited to join. People are also invited to join the various Committees of the Council.