Santa Clara County, Calif. – Construction for bicycle lane improvements on Foothill Expressway, between San Antonio Road and El Monte Avenue in Los Altos, began in mid-September. The County Roads and Airports Department collaborated with the City of Los Altos on community workshops to collect public input on bicycle movement and transitions at the two expressway intersections, and then incorporated the feedback into the project design. Construction is anticipated to be completed around Oct. 22.

Community feedback was collected at several public meetings and through email. The County held a community workshop on July 27 and presented options to revise the traffic lane markings to improve the safety and comfort for cyclists that use Foothill Expressway. The options were discussed at a meeting of the City of Los Altos Complete Streets Commission on Aug. 10. The County also worked with the California Traffic Control Devices Committee to gain approval of the wide green paint skip-striping concept. This concept, which was designed by the County, incorporates engineering standards and input from the community. 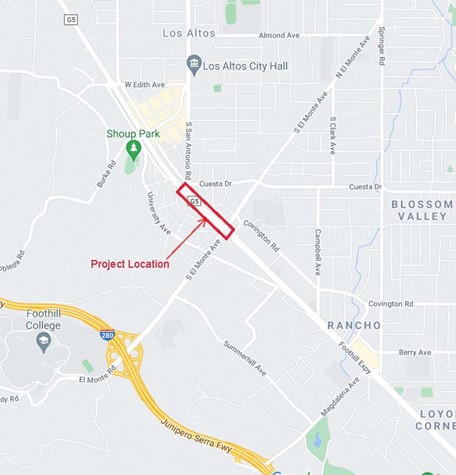