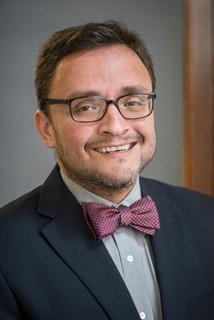 “David is known as a good government advocate and has a proven track record for requiring transparency and accountability for government agencies,” said County Executive Jeffrey V. Smith. “He possesses the right combination of management expertise, knowledge of policy implementation, and a clear understanding of how to meet the needs of a diverse community

Campos was elected to two terms on the San Francisco Board of Supervisors (2008-2012, 2012-2016), providing oversight for the $10 billion City and County budget. He enacted landmark legislation for issues of local and national significance including immigration, transportation, policing, housing, health care, labor and employment, small business, women’s and LGBTQ rights, and homelessness. Key pieces of legislation included Due Process for undocumented children, closing a health care loophole to ensure universal health care for all San Franciscans, Pay Equity Ordinance to help close a gender and race pay gap, creation of a Legacy Business Registry and Grant Program to protect and support long-term small businesses, regulation of short-term rentals, establishment of homeless navigation centers, strengthening penalties against those seeking to scam in-trouble homeowners out of their money, and free public transportation for low income children and youth.

From 2004 to 2007, Campos was General Counsel for the San Francisco Unified School District, one of the largest school districts in the State of California, and consisting of  more than 115 schools, more than 57,000 students, and approximately 10,000 employees. He began his career in public service as Deputy City Attorney for the City and County of San Francisco (1999 to 2004), where he was a member of teams focused on litigation, trial, general governance, contracts, and labor and employment. He advised and represented various city agencies, including the San Francisco Public Utilities Commission, the Municipal Transportation Agency, the Local Agency Formation Commission, the Public Defender’s Office, and the San Francisco Board of Education.

“Santa Clara County and its Board of Supervisors are national and regional leaders on many critical issues and I look forward to serving the diverse communities of this great county," Campos said. “I have great respect for the excellent work Jeff Smith has done for Santa Clara County and I am honored to join his stellar team.”

Campos holds a Juris Doctor from Harvard Law School, and a Bachelor of Arts degree in Political Science from Stanford University.  He is a native of Guatemala and grew up in South Central Los Angeles. Campos currently resides with his partner in San Francisco.